The first part of the command will retrieve the group and the second part will add the user Adam to it.

After the user is added to the group, we can verify group membership using the following command:

In order to test this, we are going to use a tool called mimikatz (https://github.com/gentilkiwi/mimikatz/blob/master/README.md), which can be used to do experiments with Windows security.

I logged in to a computer as user liam , and he is not part of the Protected Users group. When I list keys from LSASS for users, I can see Liam's NTLM hash clearly: 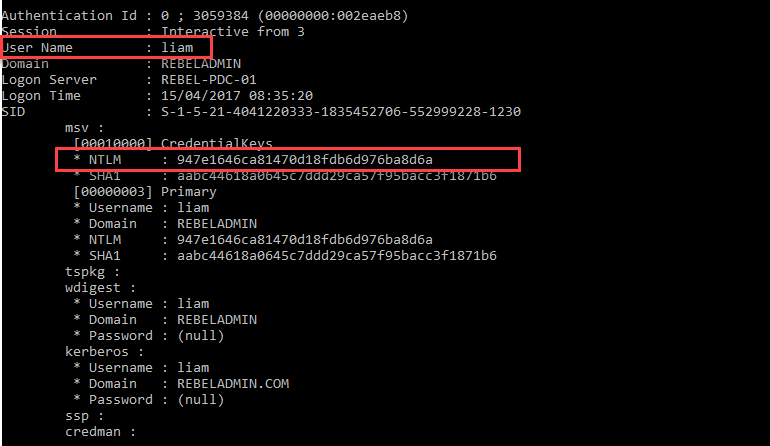 When I do the same thing for user adam, who is a member of the Protected Users group, I cannot see the NTLM hash stored in the LSASS memory because members in the protected group do not use NTLM and don't save any credentials in the cache:

This marks the end of this blog post. Hope now you have better understanding how protect user groups works. If you have any questions feel free to contact me on rebeladm@live.com also follow me on twitter @rebeladm to get updates about new blog posts.