It’s been quite some time from my last post. I have been involved with a large data center migration project for last month and gave me little time to involve with the blog.

In a company environment sometime you may have requirements where you need to block certain software access, software application install. In windows xp and windows vista Microsoft introduce Software Restriction Policies (SRP) where administrators can define rules and enforce application control policies. but it’s quite been a management burden for the administrators as these rules based on "Hash rules". Hash value is a digital fingerprint which remains valid even the name or location of the executable file change. But every time software is updated new values need to be created.

With windows 7 Applocker, Microsoft gave more control over the software restriction. This is part 1 of the series of posts which explain the AppLocker and the use of it.

According to Microsoft (http://msdn.microsoft.com/en-us/library/dd548340%28v=ws.10%29.aspx) Applocker can mainly use for following,

Applocker can use with operating systems after Windows 7. It can be used in standalone workstations as well as in AD environment. In AD environment we can use it Group Policy to define the AppLocker rules.

Applying application restriction rules can be a overhead for the administrators. Most of time administrators block all apps and then allowing only the required app. But you should not forget that operating system itself use different executables, scripts for its functions. If you not planned this properly it can lead in to chaos.
In AD if you going to define applocker rules, the rules are located in GPO > Policy Name > Computer Configuration > Policies > Windows Settings > Security Settings > Application Control Policies > AppLocker 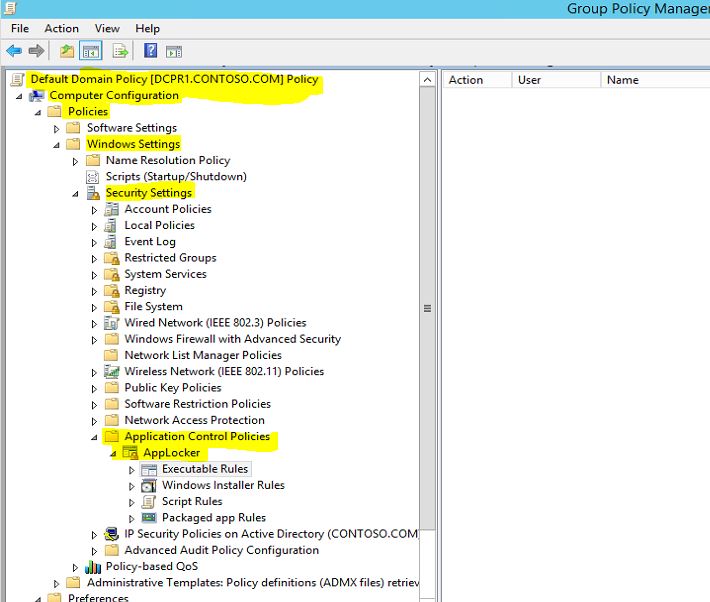 In the container there are four nodes as you can see, those are contains the different type of rules.

This is the end of part 1 of the AppLocker post series.