In my previous posts, we learn how PKI works and what are the PKI components. You can find those articles in following links,

In this post we are going to look in to different PKI deployment models. In several places in above articles, I have mentioned about the PKI hierarchy and components in it such as root CAs, Intermediate CAs and Issuing CAs. Based on the business and operation requirements, PKI topology will also change. There are three deployments models we can use to address the PKI requirements.

This is also called as one-tier model and it is the simplest deployment model for PKI. This is NOT recommended to use in any production network as its single point of failure of entire PKI. 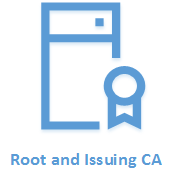 Some CA aware applications, required certificates in order to function. System center operation manager (SCOM) is one of the good example. It uses certificates on to secure web interfaces, to authenticate management servers and many more. If the organization doesn’t have internal CA, the options are to purchase certificates from vendor or to deploy a new CA. In similar situations engineers usually use this single-tier model as its only use for a specific application or task. 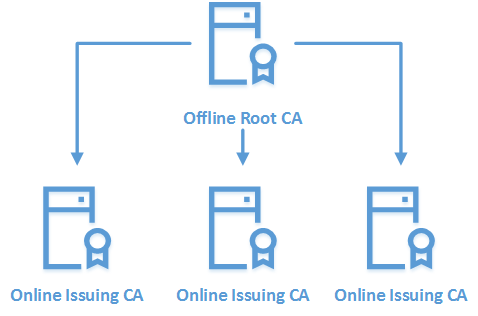 In event of Subordinate CAs certificate expire, Offline root CA will need to bring online to renew the certificate. Root CA doesn’t need to be a domain member and it should be operating in workgroup level (standalone CA). There for the certificate enrollment, approval and renew will be manual process. This is scalable solution and number of issuing CAs can be increase based on workloads. This allows to extend the CA boundaries to multiple sites too. In Single-Tier model if PKI got compromised, in order to recover all the issues certificates, need to be manually removed from the devices. In Two-Tier model, all need to do is revoke the certificates issued by CA and then publish CRL (Certificate Revocation List) and then reissue the certificates.

Three-Tier model is the highest in the model list which operates with greater security, scalability and control. Similar to two-tier model it also has offline root CA and online Issuing CAs. Addition to that there will be offline intermediate CAs which operates between root CA and subordinate CAs. Main reason for it is to operate intermediate CAs as Policy CAs. In larger organizations, different departments, different sites, different operation units can have different certificate requirements. As an example, a certificate issued to a perimeter network will required manual approval process while others users in corporate network prefer auto approval. IT team prefer to have advanced Cryptography provider for its certificates and large key while other users operates with default RSA algorithm. All these different requirements are defined by the Policy CA and it publish the relevant templates, procedures to the other CAs. 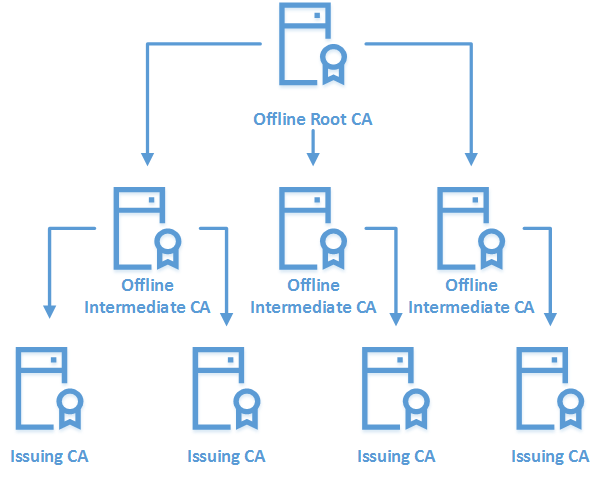 This model add another layer of security to the hierarchy. However, if you not using CA policies the intermediate tier will not use. It is just can be a waste of money and resources. there for most of the organizations prefer Two-tier model to start with and then expand as required.
In this model both root CA and Intermediate CAs are operates as standalone CA. root CA only will issue certificates to intermediate CAs and those only will issue certificate to Issuing CAs.

This marks the end of this blog post. In next post we are going to look in to deployment of AD CS. If you have any questions feel free to contact me on rebeladm@live.com also follow me on twitter @rebeladm to get updates about new blog posts.