For the demonstration I am using following setup

dhcp-2k3.canitpro.local server currently setup with 3 additional NIC to represent network A,B and C. they have configured with static ip addresses to match with relevant network it belongs to. The DHCP server host different DHCP scopes for each network. 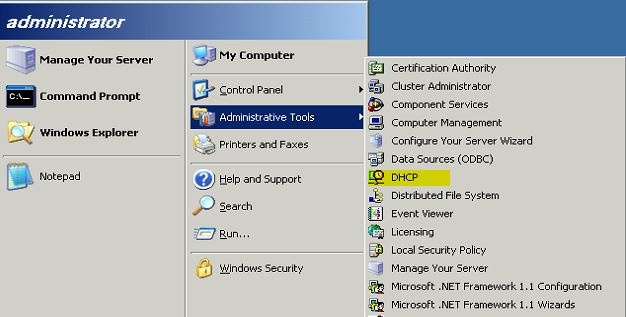 3)    In here we can see the configured DHCP scopes

4)    Now it’s time to back up the config. To do that open the command prompt using start > run > type cmd and then enter
5)    Then type netsh dhcp server export C:\DHCPbk\dhcpbk.txt all and press enter. In here C:\DHCPbk\dhcpbk.txt is the file path which backup will save in to. It can change according to your requirement.

6)    Now please move file C:\DHCPbk\dhcpbk.txt in to CANITPRO-DC2K12.canitpro.local server which will be configured as new DHCP server ( windows server 2012 R2)

Since we no longer need DHCP role running on this server we can go ahead and uninstall the DHCP service. 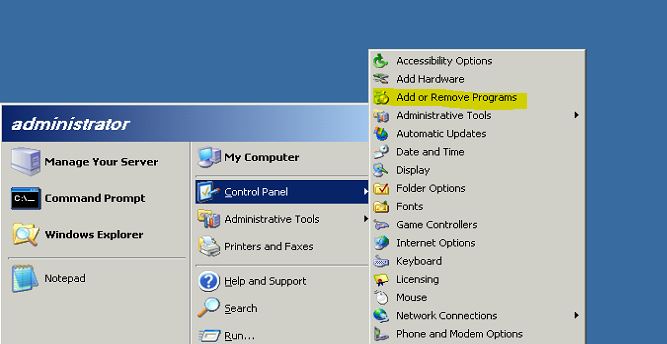 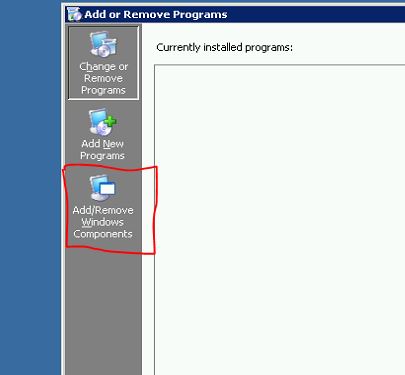 4)    In next window select “Networking Services” and click on details 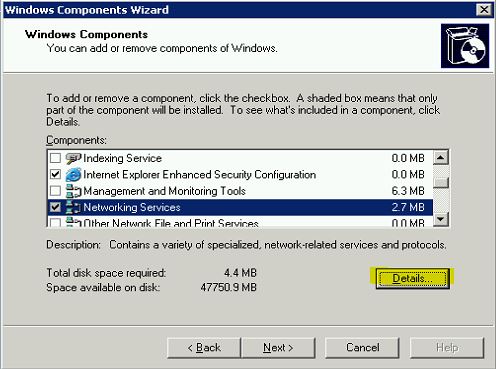 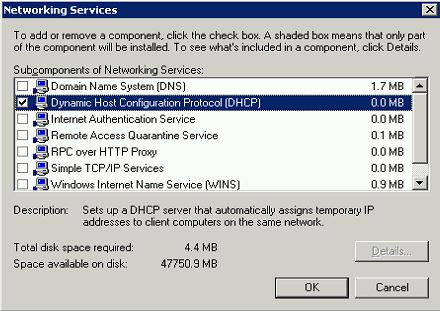 It will uninstall the DHCP role from the windows 2003 server. 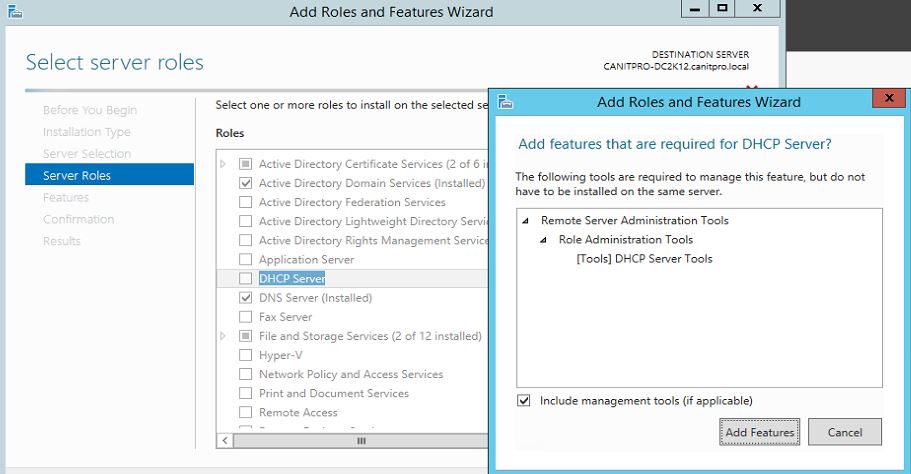 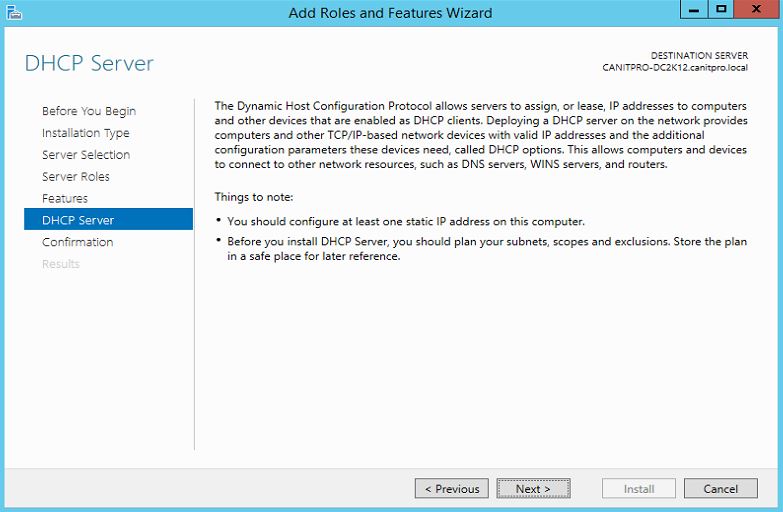 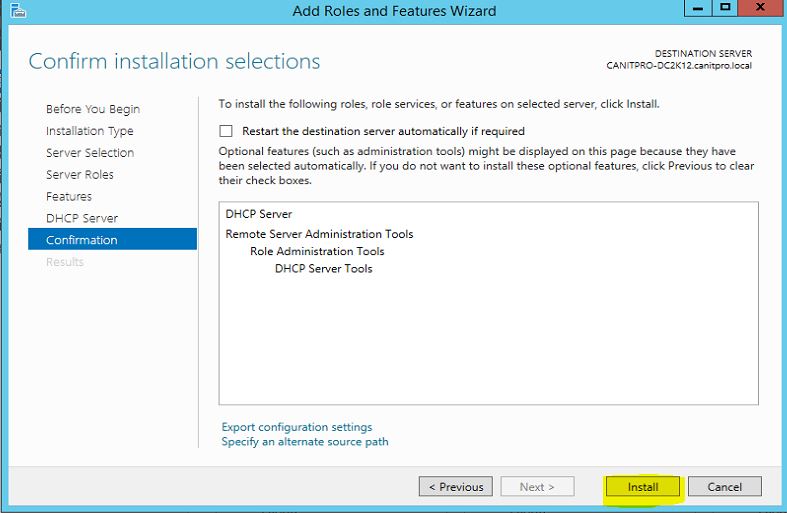 This will install the DHCP server role in the new server.

1)    Log in to the windows server 2012 as member of administrator group
2)    Open Command prompt with Run > cmd
3)    Type netsh dhcp server import C:\DHCPbk\dhcpbk.txt all and press enter. In here C:\DHCPbk\dhcpbk.txt is the backup file we copied from windows 2003 server. 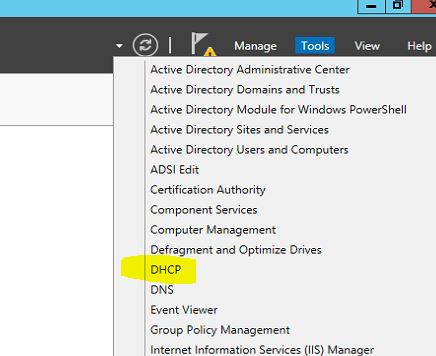 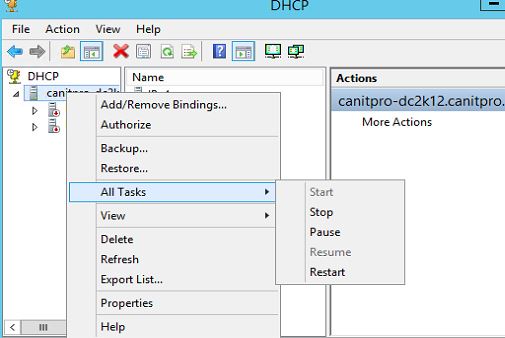 6)    Once Restart done we can see all the scopes are visible which was in 2003 server. 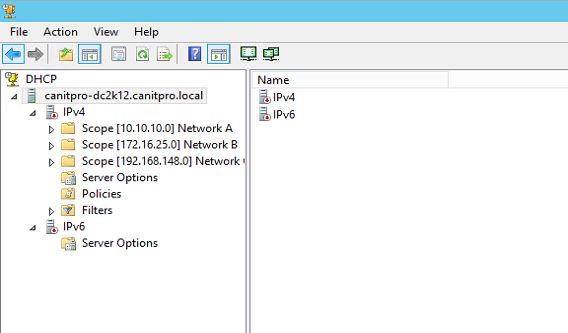 7)    We still need to authorize the dhcp server, to do it again right click on server name and select authorize 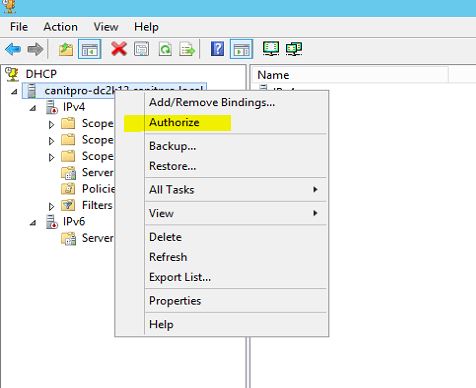 Now we completed with the restore process and I already can see its issues IP addresses.